Do you recall the worst keynote presentation you’ve ever seen?

As audience members, most of us have higher expectations for a keynote presentation than someone speaking in a breakout room. I personally hope to be entertained, educated and potentially inspired with a big idea or riveting story. 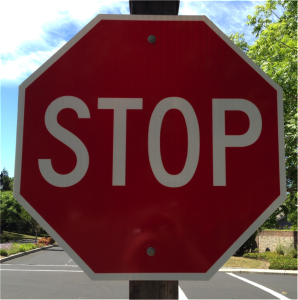 The responsibility of a keynote speaker is huge. Before a speaker can inspire an audience they must establish a foundation of professionalism and credibility. It means acting like you belong on stage.

Several years ago I attended and spoke at a marketing conference where the keynote speaker failed on all accounts. Let’s walk through his mistakes:

In the last 15 years, I have probably seen 250 keynote speakers. This gentleman was clearly the worst. He didn’t fail because his slides were bad, or that he was a horrible speaker. No he was horrific because he was unprofessional, unprepared and most disturbing, uninspiring.

If you are a relatively new speaker, you probably aren’t going to wow an audience with your amazing humor and incredible story-telling ability. But what you can do is be prepared, professional and craft your story and slides in a way that most everyone in the room will walk away with at least one inspiring idea.

Don’t be that other person.